A feast for the eyes and a balm for the fashion-lovers’ heart, the Dunedin Fine Arts Center’s wearable ART event is returning to awe and entertain for its 15th year on Saturday, Aug. 24!

And we aren’t just excited over the curated kaleidoscope of colors, mediums, and art-fashion mashups — we’re overjoyed at the return of Frank Strunk III! 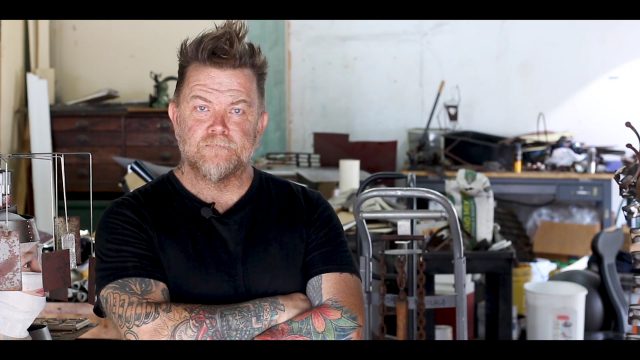 Providing artistically confounding and innovative metalwork, even Catherine Bergmann, DFAC’s Curatorial Director, has referred to Strunk as “inimitable” and speaks highly of how his return for wearable ART 15 only contributes to the overall quality of the event.

But did you know that Strunk, when initially invited to participate, was actually hesitant to join?

“The first wearable art that I was in, I was not doing fashion. I was mostly just doing metal fabrication,” Strunk recalled. “And Kaya Jill — who was such a bright light — contacted me, and I think I might have said no to her three times.”

But she was persistent. Strunk finally signed on to the show after the two grabbed lunch and she managed to convince him of the artistic value of the event.

From there, he was determined to jump in wholly … despite his lack of experience with wearable pieces.

“Metal is really rigid, mostly, but there are mechanical fasteners that you can use that will make it mimic, maybe, the characteristics of fabric,” he said. “So, I really got into that in my head — how am I going to make this metal thing not look like armor and also keep it away from something that’s like a tin can?” 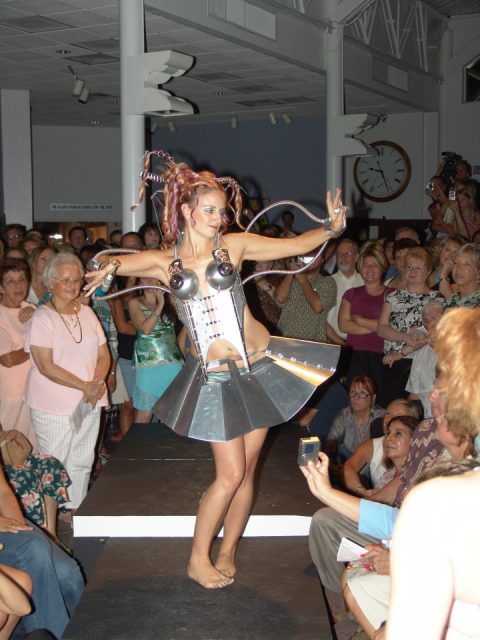 And since the beginning, Strunk has more than succeeded in that endeavor.

Now, he says he constructs his pieces directly on his models (who are often his own friends) and ensures they appear to walk up and down the catwalk comfortably.

Also impressive, however, was his ability to study anatomy in-depth while designing his wearable pieces. 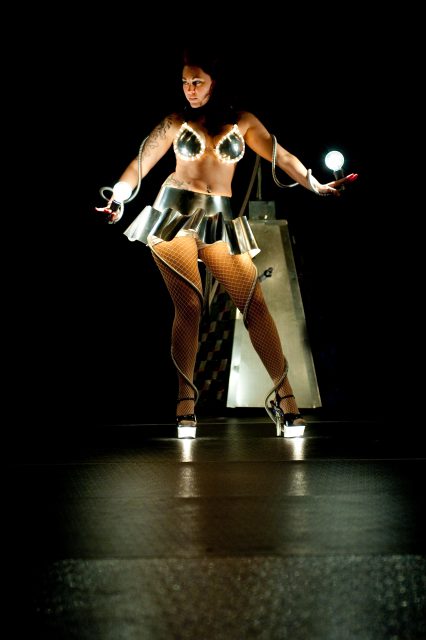 In fact, did you know that Strunk is an entirely self-taught artist? With no formal training in the arts, his metallic contributions aren’t just impressive — they add a whole new layer of wonder and ambition to wearable ART 15.

So, are you ready to see it for yourself?

Join us on Aug. 24 to see Strunk’s wearable pieces hit the runway, as well as that of many artists, including Jenna Barnes, Mark Byrne, Melissa Dolce, the Garden Fairies + Electric Diva, Johnny Hunt, Kikimora Studios, and Cindy Linville!

Click HERE for more information, OR you can call 727-298-DFAC