In the hands of Dr. Rich Entel, the curving body of a violin became an owl’s wing, and bison chomped their cardboard jaws on guitar strings. 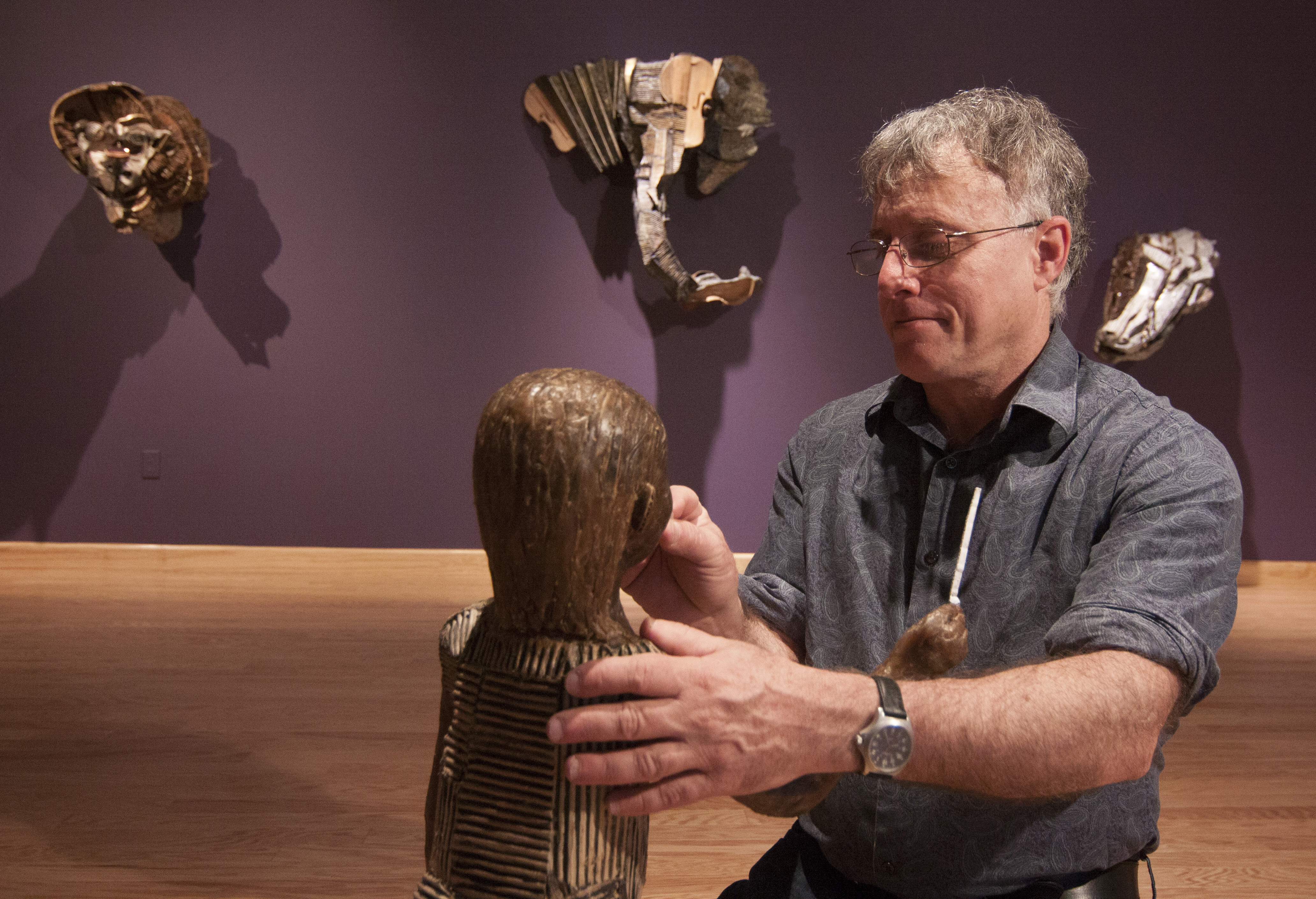 The whimsical but formidable creatures appeared to twist and move, falling into a rhythm between the sinewy curves of broken musical instruments and carefully molded cardboard shapes.

“They did a wonderful job of hanging the show,” Rich said. “It was a really beautiful gallery space to show the work in.”

An active artist his entire life, Rich studied painting and printmaking at the University of South Florida and Pennsylvania Academy of Fine Art—but some of his earliest instruction was as a youth at the Dunedin Fine Art Center.

He has called Portland, Maine, home for about 30 years, but grew up in the Dunedin area, where most of his family still lives. His mother, Syd Entel, helped found the original Dunedin Fine Art Center as a member of the Junior Service League, and owns a popular gallery in Safety Harbor.

Leaving Florida to study physics at Dartmouth College, Rich moved on to

medical school at Mount Sinai in New York City in the early 1980s, and later into a family medical practice, all the while keeping his artistic side nurtured. 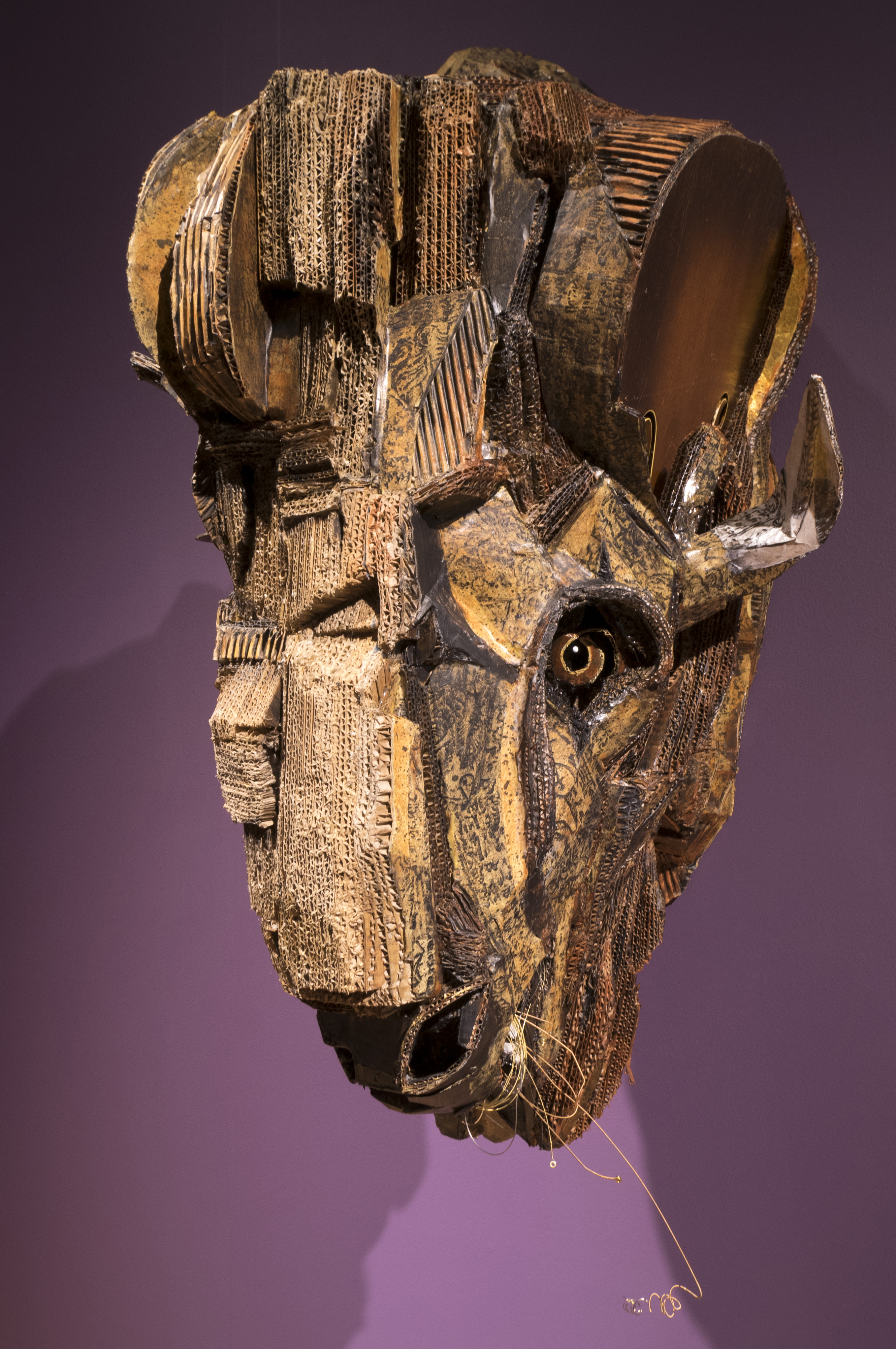 “I always had a studio, and always made time in my schedule to work on and to look at art,” he said.

While living in New York, the artist’s daily encounters with those affected by surging epidemics of homelessness and AIDS inspired a new direction, and he began working with street refuse like cardboard, house paint, tar, and broken furniture.

Within a few years, Rich was invited to Skowhegan School of Painting and Sculpture in Maine, where he continued exploring discarded materials in a nine-week-long installation project.

“That’s where I really started to explore in three dimensions,” said Rich, who built several freestanding environments at the time. He has continued to work with cardboard for decades, sometimes using it to “sketch” in three dimensions, and maintains a strong interest in indigenous art from Africa, Indonesia, and Tibet.

The Cardboard Menagerie has traveled to the Maine Jewish Museum and the Mariposa Museum in New Hampshire and has continued on to The New Era Gallery on Vinalhaven, an island summer colony off the coast of Maine where Rich once served as the family doctor.

Now leading parallel lives as a physician and artist, Rich continues his work in the studio, currently sculpting an enormous humpback whale from violin cases and cardboard. 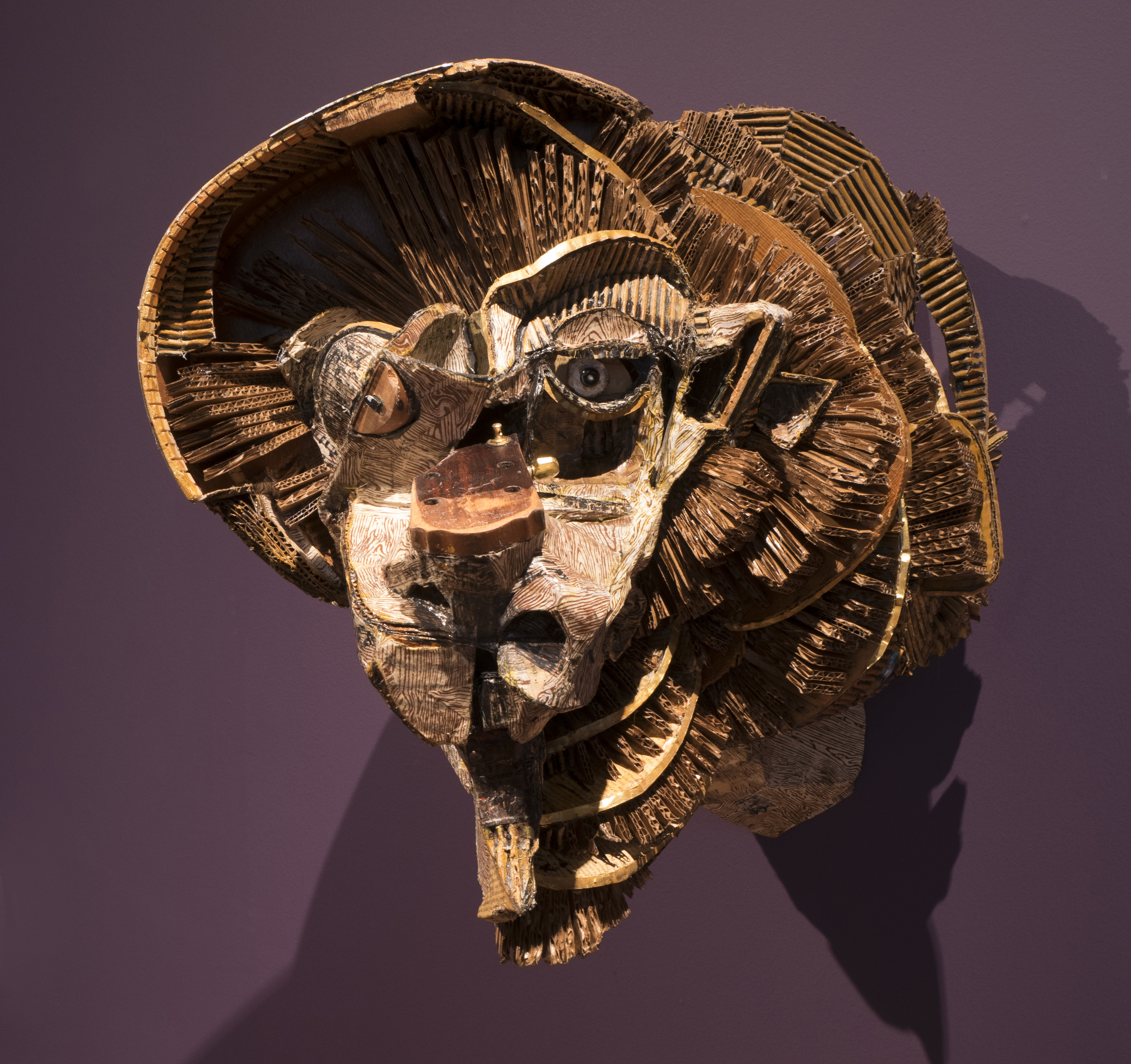 “The cardboard is very impermanent, and sort of reflects the everyday and the disposable,” he said. “And musical instruments are the opposite of that—their design is timeless and gives a sense of preciousness. I think it’s the combination of those two that gives this group of sculptures more power and interest.”

Through constantly changing exhibitions, the Dunedin Fine Art Center shares stimulating artwork that is fresh, exciting, and unexpected—just another way that we encourage art appreciation and share inspiring ideas with audiences of all ages. To find out more about past, current, and future gallery shows, please visit www.dfac.org.