Oh, What a Night It’s Going to Be!

The Wearable Art fourteen festivities get underway with the PRE-GLOW Starting at 7 pm and featuring music by the inimitable Lint Rollers, cash bar and the Palm Cafe’ open for your gastronomic desires! Models will parade the runway with creative designs from 10 different artists. It’s like having 10 shows in one.

Balloon artist Mark Byrne feels honored to be part of Wearable Art fourteen big fashion show. However, he admits nothing would be possible without his fellow balloon artists and models. As they take the stage to show off their wares in a show called “Mystique”, the audience will be amazed at the skill and the intricate designs in creating the costumes, as fairies and other characters prance around the stage. This will be Byrne’s 13th year in the show.

Wearable art creator Lina Teixeira explains her Wearable Art fourteen theme and elaborates on her inspiration behind creating art from existing objects. Teixeira says she owes tremendous gratitude to the Dunedin Fine Art Center for the achievements she has reached in the art genre.

Professional hair and makeup artist Irina Bilka shows off one of the models from this year’s show. Bilka says she was inspired to participate as an artist after seeing a show. Her theme is Ken & Barbie.

ALL MEDIA Call for Entries for a WA14 Exhibit

This celebratory exhibit shown in conjunction with Wearable Art 14 invites the arts community to create decorative hand FANS in the media of your choice. To be displayed the night of WA14 with People’s Choice Awards determined by popular vote! 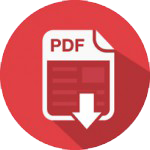 The Runway Show Starts at 8:00

This years runway lineup will be second to none, featuring… 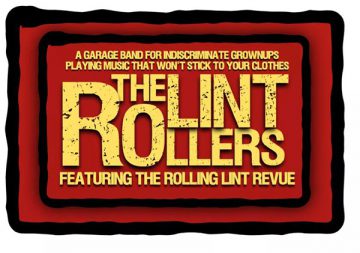 Click HERE to get the BEST available seats NOW! 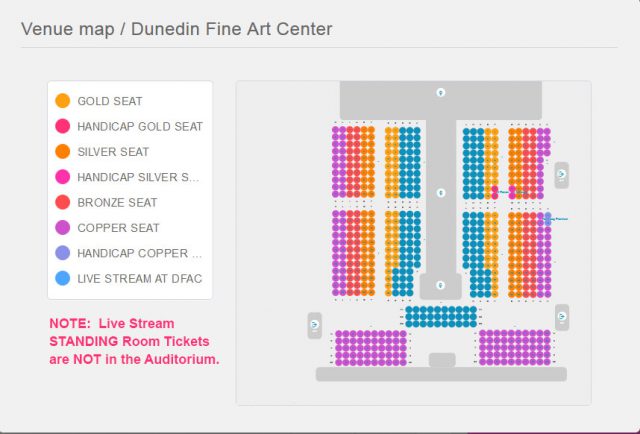 More LIVE music. dancing and frivolity follow, again, featuring the Lint Rollers at the AFTER-GLOW, along with cash bar and the Palm Cafe’ open for your further gastronomic desires!

Click HERE to get the BEST available seats NOW!

The PRESS is already talking about 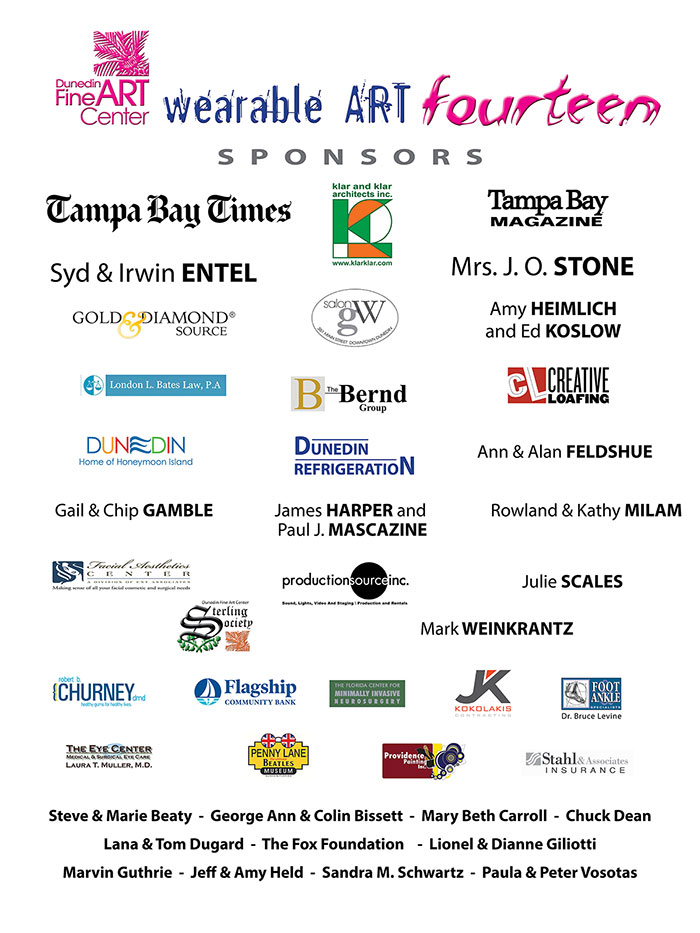 Yes, we KNOW you want to be a part of this years’ show…. Click below to find out about sponsorship options! 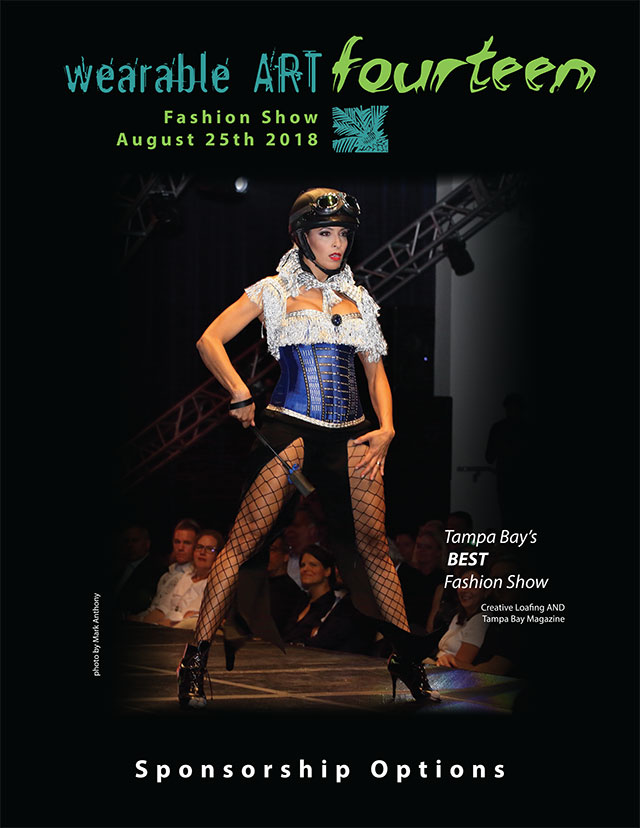