“They make art out of anything nowadays—it’s really fascinating,” said Mike Bowman, who together with his wife Amanda were tasked with building an artistic structure entirely out of canned goods, during their service to the Dunedin Cares food pantry. Naturally, DFAC was their first stop for guidance.

The imaginative “canstruction” is a complex process that often requires architects and engineers to work alongside artists, ensuring the final structures are stable as well as attractive. With advice from the Art Center team, Mike and Amanda successfully launched their first (and second, and third) can art creations around town.

It was the start of a delicious collaboration, and soon the Bowmans wanted to give something back. Today, they’re nourishing the Art Center as new corporate sponsors of events like the Garden Party and Wearable Art 14.

“It’s an amazing venue all around,” said Amanda, who loves seeing DFAC filled with artfully decorated trees during the holidays. “They do so much with the community. It covers the whole spectrum.”

A Dunedin resident since age 7, Mike has watched the city go through dramatic changes.

“You never saw art like that here years ago,” he said. “It’s so neat to see it come into town and really start to dominate. It’s amazing how widespread it is. When I was young, Dunedin had about 3,500 people … We’d ride our bikes downtown and it looked like a scene out of the Old West. It’s fascinating to see how much of a big name this city has become, due to art and a lot of other things.”

A graduate of St. Pete College and USF, Mike now owns Dunedin Refrigeration, an air-conditioning contractor business his father started in the early 1970s. He stays deeply involved with the city, sitting on boards at the Chamber of Commerce, Dunedin Golf Club, City Code Enforcement, and Dunedin Cares, among several others. Amanda retired after 22 years in dentistry, and now devotes herself to serving as Children’s Minister at St. Andrews Presbyterian Church. They raised four boys in the area, and give much credit to DFAC for expanding the accessibility of art in the region.

“I don’t think I realized just how much they did,” Mike said. “You really don’t know until you go in there and start to get
involved.” For Amanda, the Art Center is a vital part of the city where she loves to live. “Dunedin is paradise—it’s a great loving community,” she said. “I don’t think you could find a better place.” 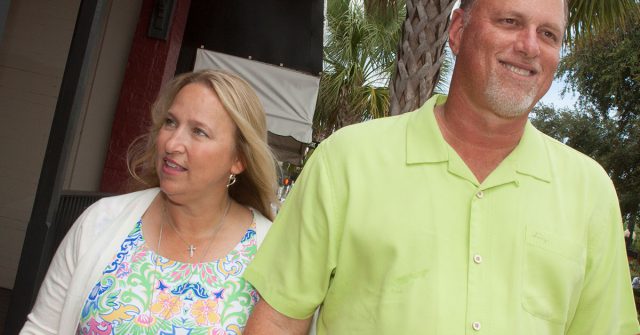